Harmon Pond can be accessed via the trail system at Margaret Lindley Park, or by parking on the edge of the Sweetbrook Road cul-de-sac.

Harmon Pond is a gem of a landscape. Though the property is defined by its eponymous pond, it also encompasses tracts of heavily forested, steep land; marshy beaver habitat; and an open field. The pond is fed by Sweet Brook, which originates nearby on the steep slopes of the Taconic Range. The dam on the pond’s east edge is in fact its third: the first dam was installed during the 1920s, and it has been replaced twice over — most recently in 1976. The Harmon Pond Trail leads you through the forest and along the waters’ edge.

The hills and contours around the pond are the result of glacial melting, which eroded the land into a steep ravine. The marshland at the property’s west end was created by beaver ponds and dams: over the course of millennia, these structures trapped silt and vegetation, which in turn created richer soil. Even today, there are periodic signs of beaver activity.

The pond itself is a home and stopover for a variety of notable bird species.

During migration, many species of ducks land on the pond, as do Canada geese. Great blue heron are commonly seen hunting the pond’s calm surface, as well as the occasional green heron and osprey. Great horned owl and red-tailed hawk have nested along the pond’s south side — and, if you’re lucky, you might catch a glimpse of otter and mink playing in the water.

For a guide by Pam Weatherbee to the trees between Margaret Lindley Park and Harmon Pond, click here. 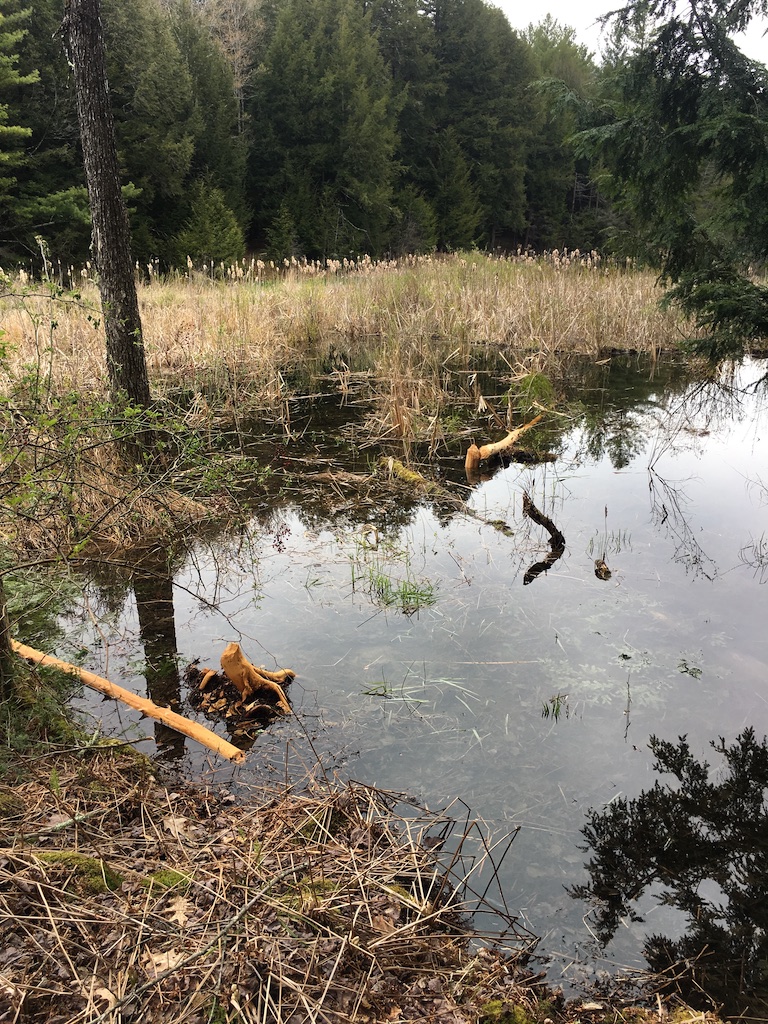 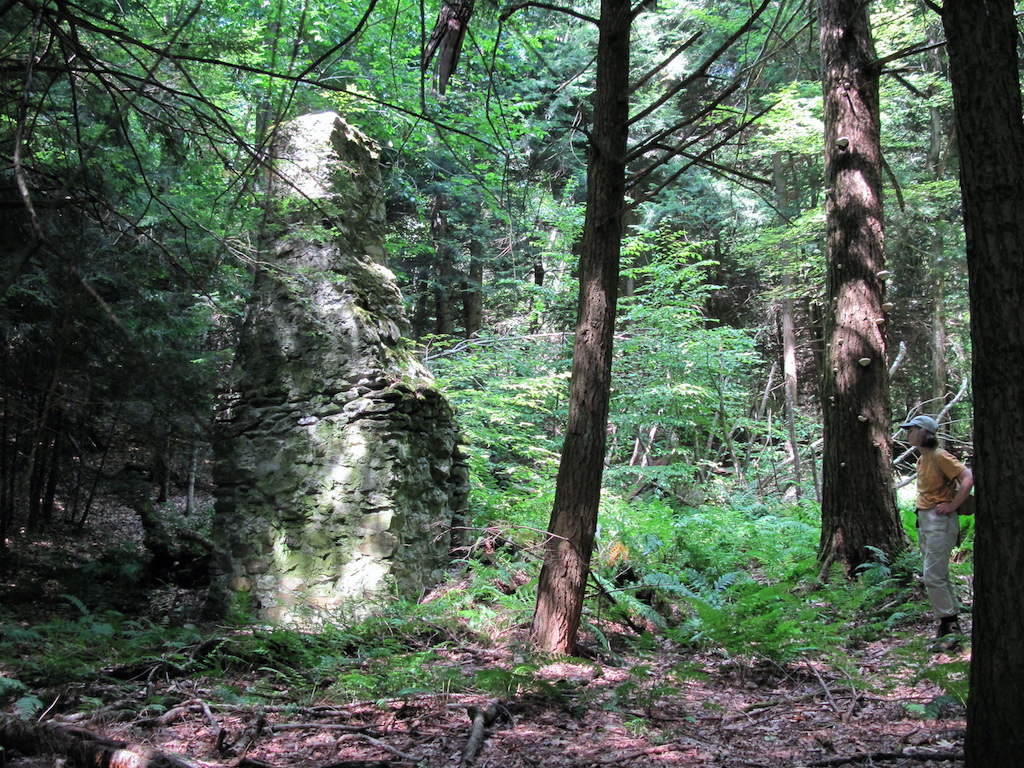 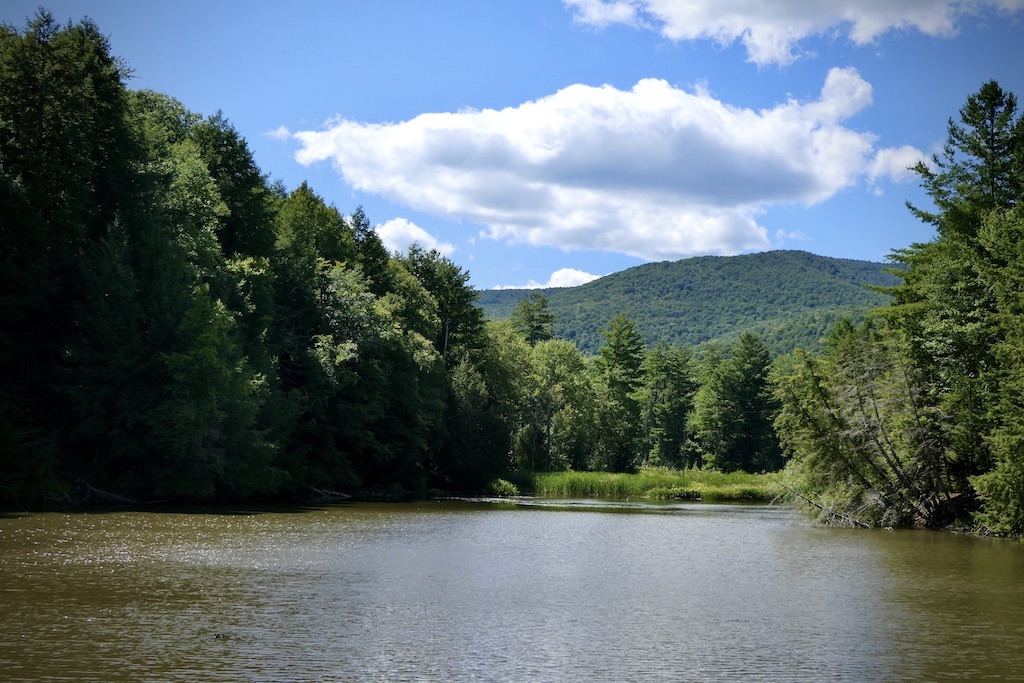 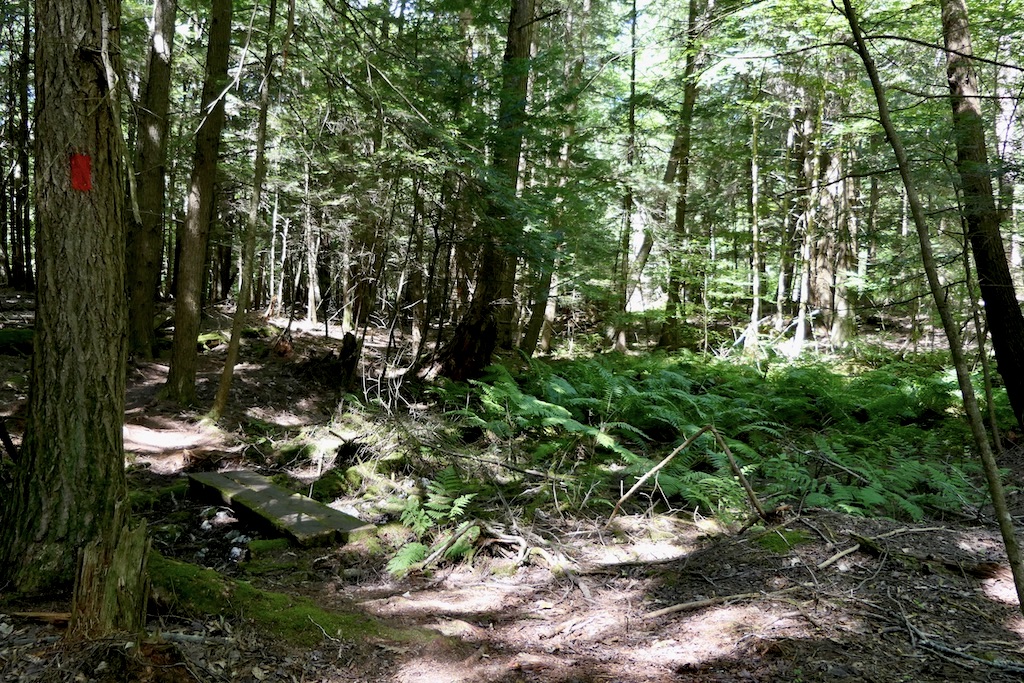 Aside from the dam and its pond, this property shows minimal signs of human impact. There is little evidence of agriculture — perhaps some pasturing — and there is little-to-no signs of logging. Harmon Pond was originally part of the nearby Sweet Brook Farm, and was later owned as a summer estate in the early 20th century by man named William Elmer Harmon. Later, it was purchased by Lawrence Bloedel — with an eye towards real-estate subdivision and development — but these plans never came to fruition. Instead, Bloedel gave the lands to his daughter, the botanist Pamela Weatherbee. She later acquired the field near the marsh, as well as adjacent parcels, which allowed Harmon Pond to be linked to the Town of Williamstown’s Margaret Lindley Park and WRL’s Hemlock Brook property.